We are striving to ensure a continuation of service for customers to maintain essential infrastructure to the global community.
Find out about our COVID-19 response 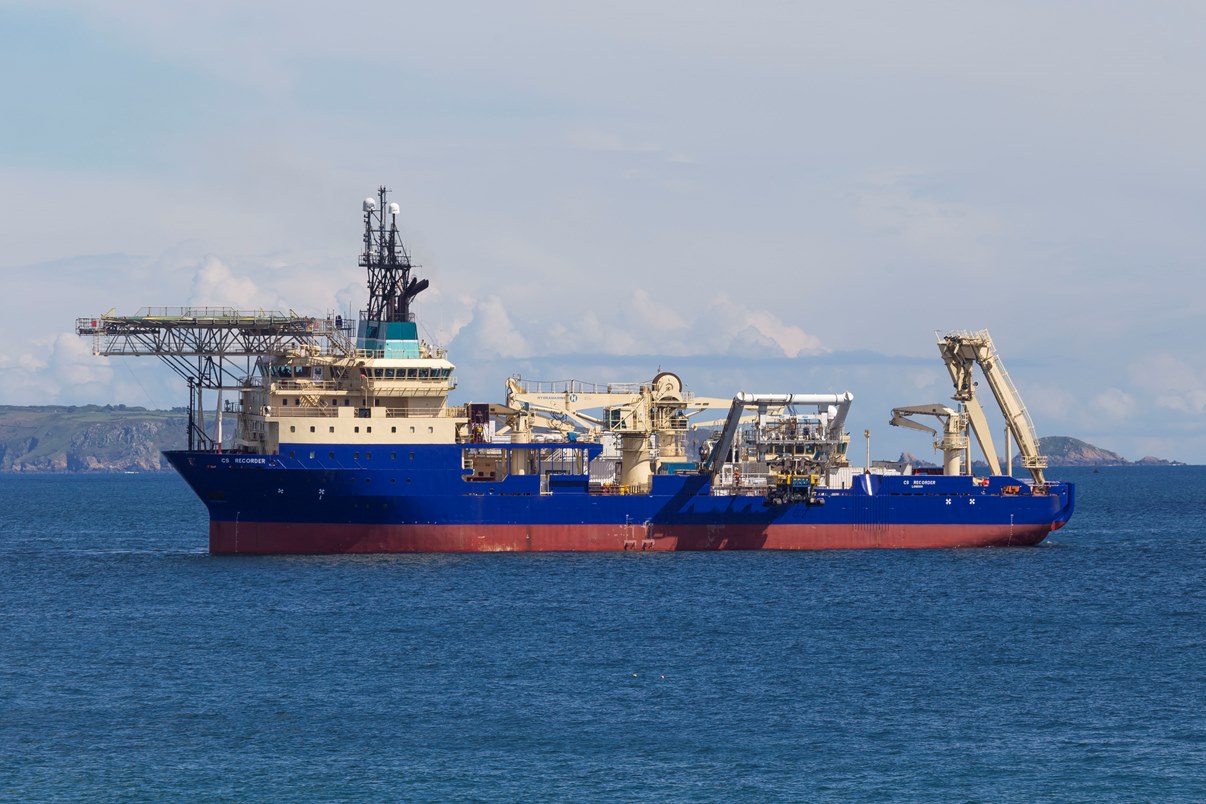 Chelmsford, Thursday 3 August 2017. Global Marine Group (GMG), a leading provider of offshore engineering services to the renewables, telecommunications and oil & gas industries, announced today that it has successfully completed a remedial cable burial project for Prinses Amaliawindpark (PAWP), a wind farm off the Netherlands’ West Coast. PAWP covers an area of around 14km2 and comprises of 60 wind turbines that are connected by eight in-field cable strings that converge at the central offshore high voltage station.

The project, operated by Eneco, [an energy company responsible for generating and supplying sustainable energy originating from wind, heat, biomass and solar farms,] was completed according to schedule and in conjunction with operational and safety standards. Upon completion, the customer described the outcome as having met ‘superb standards’.

GMG’s first project with Eneco has been executed by CWind, which is part of the GMG and is responsible for delivering the Company’s power capabilities. The contract was secured in part, due to GMG’s proven track record of completing complex cable burial projects and to having the trenching equipment already mobilised for rapid deployment. The project utilised CWind’s in-house resources including the CS Recorder, which has DP2 dynamic positioning; the Q1000, a powerful remotely-operated vehicle (ROV) jet trenching system; as well as a skilled onshore and offshore engineering team.

The 28km shore connection cable responsible for delivering power to the onshore substation was installed in 2007 and was trenched below the seabed to depths of up to three metres. Natural movement of the seabed in the subsequent ten years reduced its burial depth. As such, the main objective of the project was to rebury the live cable to ensure its protection in commercial waters, and to comply with the site’s permit requirements.

“We are extremely pleased with the work carried out for us by the CWind team,” said Jeroen Achterberg, Eneco Project Manager. “With a 100% clean safety record and high levels of safety awareness during the reburial project, the results led to the project being completed within schedule and to superb standards.”

Lee Andrews, Managing Director of CWind added, “Key to the success of the PAWP assignment was our ability to respond quickly to the client’s requirements by drawing on available in-house resources and, of course, our wide experience in offshore wind farm engineering. We completed the project in just three weeks with utmost safety and efficiency – great work by all concerned.”

Any cookies that may not be particularly necessary for the website to function and is used specifically to collect user personal data via analytics, ads, other embedded contents are termed as non-necessary cookies. It is mandatory to procure user consent prior to running these cookies on your website.